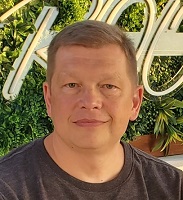 A lead of a team of highly skilled and motivated professionals focusing on closing gaps in internal automation through creation of organization-specific Eclipse plug-ins, intranet web applications and other tools leveraging model-driven development and code generation.

Throughout my career I've seen many times over gaps in internal automation which, if closed, would bring significant benefits to the organization. Some organizations recognize such gaps and proactively close them, while others just talk about them. The problem with the latter kind of organizations is that their problems cannot be efficiently addressed by the tools/solutions available in the industry because the problems are specific to the organization. E.g. it might be a particular internal data format or a process. At the same time such problems cannot be solved by the teams which face them because they don't have skills or time to address the problem. In other words, they are so busy hauling buckets of water that they don't have time/skills to build a pipeline. They might as well be unaware of existing tools/technologies which can help solving their problems because these tools/technologies are not their area of expertise. Another reason preventing such internal automation might be economies of scale where multiple teams are doing very similar things which can be automated, but even if team members have skills and time it doesn't make sense for them to automate something because the cost of automation is more than the benefit. At the same time solving a repeating problem at the organization level would help multiple teams and result in significant saves.